Rachelle Chase lives those words. From learning to ride a motorcycle and joining a motorcycle club to quitting her job and moving to South America, from majoring in biology in college to working as a claims adjuster, programmer analyst, owner of a multicultural software products business, a model, and a business analyst, she believes in chasing her dreams and goals until she attains them—or they change.

One thing that has never changed is her love of books. She started her writing career writing sexy romances, but in 2008 she discovered Buxton, Iowa thanks to her former romance writing instructor and friend, Leigh Michaels. By January 2017 she’d written, sold, and released her first nonfiction book, LOST BUXTON. In 2019, her second one, CREATING THE BLACK UTOPIA OF BUXTON, IOWA followed. Rachelle continues to write about Buxton sporadically at LostBuxton.com

As a speaker, Rachelle has been touring Iowa and beyond for the last two years, giving more than 80 presentations–many to standing-room-only crowds–on Buxton, Iowa. She’s also given workshops on writing, created and co-hosted an online writing contest for writers (which resulted in numerous writers landing agents and book deals) and hosted two popular podcasts featuring bestselling authors.

As a result, she’s appeared on local and national television, most recently on KYOU News discussing the racial landscape in Ottumwa and the Buxton townsite. Past appearances include WHOTV Channel 13 (Des Moines), KTVO Virtual Channel 3, NJTV with Senator Cory Booker, CBS (San Francisco), and New York’s “The Morning Show with Mike and Juliet” – plus local and national radio shows, including Iowa Public Radio (2017, 04/2019, and 12/2019), “BLM and Buxton on In Depth with Dr. Bob Leonard“, “Maxwell and Friends” on WHO Newsradio 1040, KBIZ (Ottumwa, IA), KRUUFM.com’s “Writers’ Voices,” and more.

Her latest adventures include completing Emerge Iowa (Class of 2020), an exciting program for women who plan to run for public office and working as the Waterloo Reporter for Iowa Starting Line. She’s incredibly excited to have launched her first nonprofit, Uniting Through History, in February 2021. 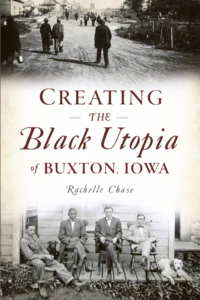 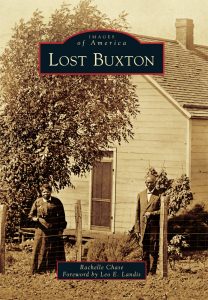