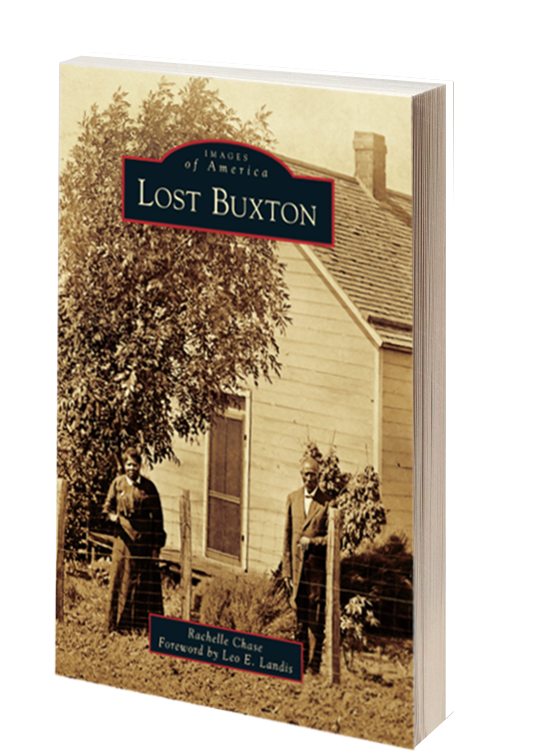 Through vintage photos and quotes by former residents and newspaper articles, LOST BUXTON tells the story of Buxton, Iowa, an unincorporated coal mining town established by Consolidation Coal Company in 1900.

At a time when Jim Crow laws and segregation kept blacks and whites separated throughout the nation, Buxton was integrated. African American and Caucasian residents lived, worked, and went to school side by side. The company provided miners with equal housing and equal pay, regardless of race, and offered opportunities for African Americans beyond mining. Professional African Americans included a bank cashier, justices of the peace, constables, doctors, attorneys, store clerks, and teachers. Businesses such as meat markets, drugstores, a bakery, a music store, hotels, millinery shops, saloons, and restaurants were owned by African Americans.

For 10 years, African Americans made up more than half the population. Unfortunately, in the early 1920s, the mines closed and today, only a cemetery, a few foundations, and some crumbling ruins remain.

"In many ways, Buxton was the America that many of us wish we had today...This is definitely a read from cover to cover book before you put it down."

"Rachelle Chase has done a masterful job with this volume, 'Lost Buxton', to create a much needed photographic history on the community."

"'Lost Buxton' by Rachelle Chase may be the best combination written and pictorial history ever assembled about this incredibly unique town."

For new releases and the latest news …